Survey Costs and What to Expect

So, you need a boundary survey. The first thing that you need to know is that every property and situation is different. I get asked all the time what it cost to do a survey. There is no cookie cutter price. Think of this analogy: how much does a pumpkin weigh? What do you do and what can you expect? You start by contacting a surveyor. You can click the “Complimentary Estimate” button or you can call direct at 603-664-3900. You will be asked questions about your property and the reason for the survey need. This is important to make 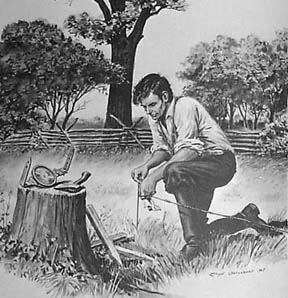 Can we still perform compass and tape surveys today? Yes we can, but should we, not really. Around New Hampshire and Southern Maine, land is too valuable and most reasons for performing a survey is due to impending improvements to the property or disputes with your neighbor. In these cases, you want to know where your property corners and property lines are more accurately than what a compass and tape survey would provide. Even in the back woods of Maine, there may be better ways of determining your boundaries instead of using a compass and tape. Using Global Positioning System

Do You Need Flood Insurance?

Do you really need Flood Insurance or has your policy costs skyrocketed? A new law that took effect in July 2012 is forcing FEMA to raise the rates. Based on the new law as stated by FEMA: “Beginning in 2014, premium rates for other properties, including non-subsidized properties, will increase as new or revised flood insurance rate maps become effective and full risk rates are phased in for these properties. These premium rate increases will include properties in areas that have received new or revised flood insurance rate maps since July 6, 2012 (the date of enactment of the new

In 2007, the United States Government put forth a bill in recognition of Land Surveyors past and present. This year National Surveyors Week is celebrated from March 16th thru March 22nd. This country has many famous surveyors, including George Washington, Thomas Jefferson, Abraham Lincoln, Meriwether Lewis and William Clark, Charles Mason and Jeremiah Dixon, Andrew Ellicott, and Benjamin Banneker to name a few. Benjamin Banneker was the first African-American surveyor and was asked to assist in surveying the new capital city – Washington D.C. – when George Washington decided that the capital should be moved from Philadelphia, PA.

Who Manages your Land?

Recently we took a family trip to the White Mountains of New Hampshire. We stopped at an information both in Lincoln. In this center they have an exhibit that talks about the New Hampshire Landscape. While walking through the exhibit, we came across this example of who helps manage the National Forests. Many people help maintain these lands including surveyors. I have had the opportunity to help survey protected lands in the White Mountains, around Lake Umbagog, and along the Appalachian Trail in northern Maine. The photo below (right) is a picture of me surveying along a National Forest property